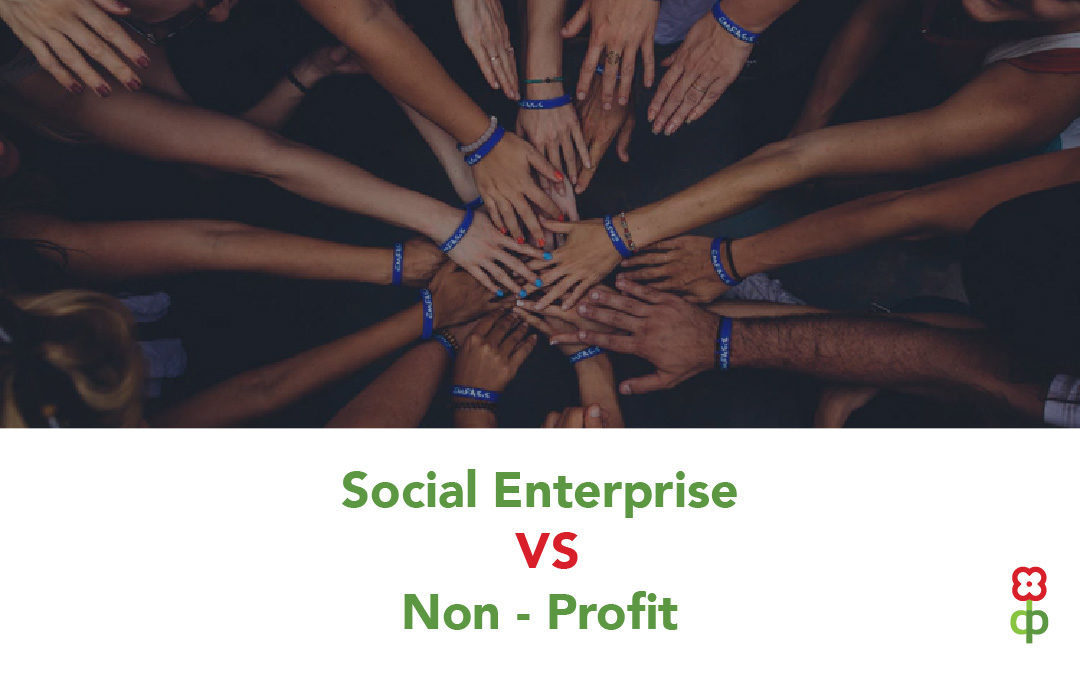 In the past few years, the term “social” has been conquering organizations with its variety of activities. Many organizations in Palestine have introduced new practices to their strategies and maybe change their business models, these changes mainly revolve around social responsibility, ethics, charity, community development, etc. In the Palestinian context, these organizations are legally classified as either Non-profit Companies or Charitable Associations and Civil Society Organizations. Understanding the difference between the two models can be challenging, especially when both models work for similar objectives and causes.

As a result of the evolution of social economy, a new model of social organizations evolved which is the Social Enterprise (SE). Social Enterprise is not a legal term and therefore it has no legal definition unlike the Non-profit Companies and Civil Society Organizations. In Palestine SE model is still recent and the attempts to define it within the Palestinian context are still diffident.

So what exactly are they? And how do they differ?

Let’s start with some definitions, shall we?

Any company that is registered as a Private limited company and doesn’t aim at profit-making and follows in its registration the procedures came under the law.

Any charitable Association or Civil Society Organization with an independent judicial character, established upon the agreement of no less than 7 persons to achieve legitimate objectives of public concern, without aiming at financial profit-making or other personal benefit for the members.

Non-Profit Companies are organized under the following legislations:

– Law by Decree No (6) for the year of 2008 regarding amending companies law.

– The Ministerial Order regarding Non-Profit Companies Regulation No (3) for the year of 2010.

– The Ministerial Order on amending the Non-Profit Companies Regulation No (3) for the year of 2010.

– The Ministerial Order No (7) for the year of 2015 regarding Non-Profit Companies.

Civil Society Organizations are organized under the following legislations:

– Law No. (1) for the Year of 2000 on Charitable Associations and Civil Society Organizations.

Non-Profits Companies have sources from which they can acquire funds according to Article 11 of The Ministerial Order regarding Non-Profit Companies Regulation No (3) for the year of 2010, which are the following:

1- Non-profits have the right to establish activities and income-generating projects provided that its revenues are used to achieve their endeavours.

2- Non-profits are permitted to receive donations, aid, or financing from foreign resources as long as these donations are not pending on a condition.

3- Non-profit companies have the right to possess movable and immovable money.

A social enterprise that provides a sufficient source of energy by installing off-grid and on-grid solar systems to households and organizations in Gaza Strip. Majd Mashharawi, Founder and CEO of Sunbox, stated that more than 20% of their profits are allocated to install solar systems to families in rural areas of Gaza, where only 3 hours of electricity per day is provided

SunBox is registered as a for-profit company under the Ministry of National Economy. As stated before, The Palestinian National Authority hasn’t yet introduced a policy regarding the registration of social enterprises, that’s why social entrepreneurs go to register as non-profit or for-profit companies.

Why did Majd go into Social Entrepreneurship?

Majd Mashharawi has been fascinated with social entrepreneurship long before starting SunBox. She believes that operating a social enterprise instead of a non-profit or a for-profit not only allows you to build your own entity, but to have your own impact on your community. According to Majd,  social enterprises are more sustainable than non-profits due to their ability to generate profit.

We would like to express our sincere gratitude to Mr. Tareq Touqan, Manager Partner at Equity Legal Group, Ramallah/Palestine for his legal review of this article. Thank you Mr. Tareq, you’ve always been a great supporter of us.