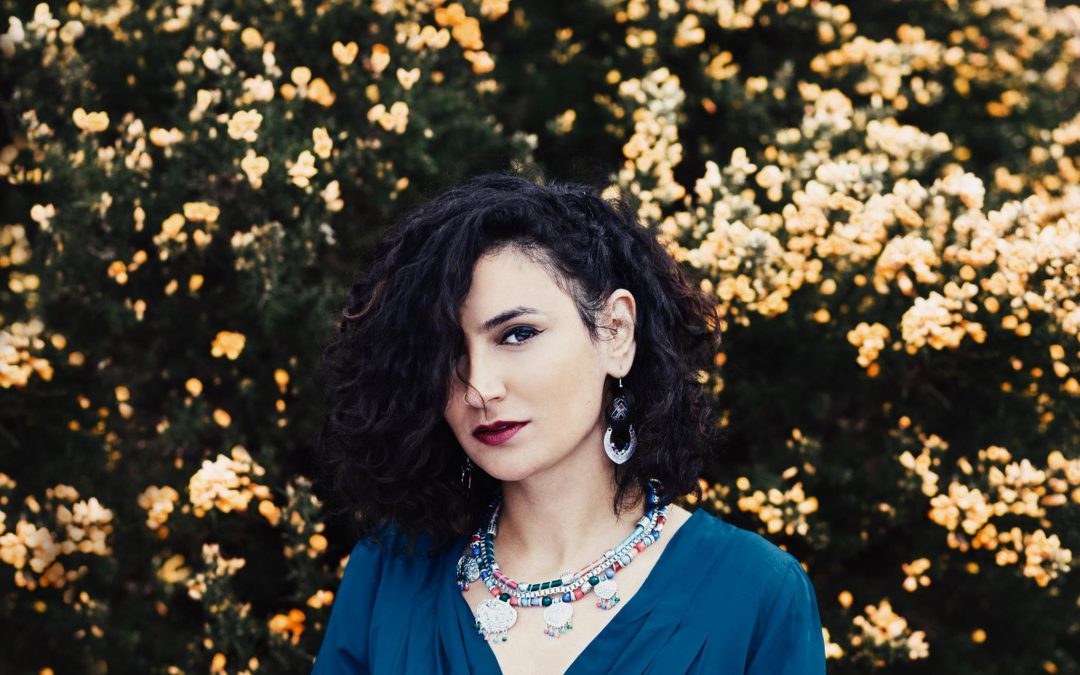 Ruba Shamshoum, a jazz artist from Nazareth, sits down with BuildPalestine to share her crowdfunding experience and tell us more about her debut album, Shamat, which she has both written and composed.

Can you tell us a bit more about yourself and how you found yourself in Dublin?

I was an English literature major in college and, during a course called “American Literature and Jazz”, first heard Louis Armstrong. I fell in love. His improvisation. The way he goes back and forth.

Five years ago my husband received a job in Dublin. When we moved here, I found a Jazz School that I enrolled in and began training.

The album is called Shamat or “beauty marks” since no two songs are the same. What is a song that you find especially powerful?

For me, every song is powerful in its own way. Some are more emotional and personal. One song is called ‘Hanaa’, for my grandmother and another, ‘In the Depth’ is about the lack of communication between two people who really care about each other.

Some songs are powerful because musically, they are different than anything I have done before. The lyrics for ‘Randomness of Beauty Marks’ are written in formal Arabic, which always intimidated me. I would usually stick to simple lyrics. This song is a passionate love song about the body– it describes the beauty spots as stars in the sky– and I am very proud of the lyrics. I even added a touch of Sufism at the end with the repetition.

How do you hope your music will have an impact?

The greatest impact will be for people to start accepting new styles of music; to stop feeling alien to things that we don’t know; to start embracing new music. In order to progress, we need to create. When I released Fuqa’ati (My Bubble) a few years ago, there were very mixed reviews. Why did I use a dark animation for the music video? It made people think– it provoked them– and I want more of that!

Why did you decide to crowdfund for this album? And how has your experience been so far?

Up until now, my husband and myself have been covering all costs from our savings, such as the video clips, recordings, and singles. I felt that it was legitimate for me to ask people who would like to hear more of my music to be a part of my journey. And the more I think about it, when people are part of a creation, they are more engaged.

A few years ago I watched a Ted Talk by Amanda Palmer called, “The Art of Asking.” Before that, I thought that it was strange to ask people for help, but actually, I do think that people want to be a part of music production, and we should let them.

What is one piece of advice you would give to an artist who is about to launch their crowdfunding campaign?

Plan ahead! Prepare the content ahead of time– think about what you are going to say during the campaign. Also, it’s almost best to have the product ready before launching the campaign, because then you have something to actually show people.

Overall, it’s intense… I didn’t expect it to be this intense. But, thankfully, I did a lot of planning ahead and had great support from friends and family!